Video marketing strategies for startups in 2016 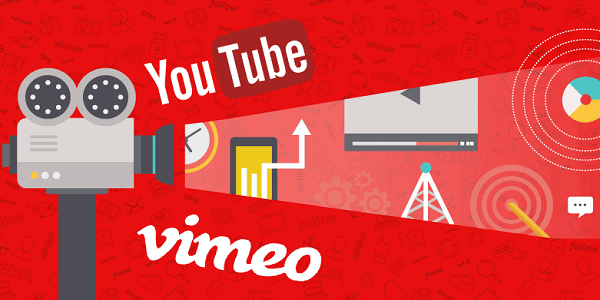 Starting a startup and turning it into something real and recognizable is a result of hard work and dedication. But that’s not the end of it! In fact, that’s when the actual work starts.

The marketing approach you follow during the early stages of your startup might decide its success or failure.

In today’s digital marketing industry, video can be a great source of brand marketing and building. Video marketing plays a commendable role in terms of advertising and marketing of a particular product. The creativity and preciseness of the message in the video makes the video more viable and sells the product more rapid.

This article covers right from the creation of the video, to marketing and using it for audience engagement: In the previous era of technology, video creation was considered as a burden, as the accessibility of the equipment and hardware was unimaginable.

First, we needed a strong storyline with a star acting in the video and a whole team to shoot it, take it to the editing table and then finally it would be done.

But times have changed for good. Now you don’t have to spend a lakh to get a video created. Now we don’t need such complicated stuff, all we need is a camera, which can even be an iphone, and a right creative idea to make the video more entertaining without having to invest much over the making of video.

You can commission a video on Fiverr for just $100 to $500 and get your video done within a week. Tools like Animoto and Powtoon allow you to easily edit videos anywhere and anytime. On various platforms like YouTube and Vine, you can find online video editors who can do scripting and storyboarding for you at a relatively lower cost, with faster turnaround time and take care of the actors and editing part.

All you have to do now is promote and market the video and sometimes, even that is taken care of by the creators.

If you want to do some research and find the right creators who can make a video for you, use tools like Vidooly’s Creator Wizard.

Examples:
Dollar Shave Club and Will it blend video series are great examples of how videos can actually “build” successful brands. There are a handful of websites which would be considered in sharing the video but and you need to decide and shortlist the ones that can work for you. YouTube, Facebook and Vine can be great platforms for increased visibility for any kind of business.

If your video is useful and entertaining enough, these platforms will give you the reach organically. You don’t even have to spend a dime to promote it otherwise you need to pay a little extra to give it a push. After getting the video created and uploading it on platforms of your choice, you need to optimize it to give it the maximum reach. Using the YouTube channel can be considered as an option and the right usage of the tags and keywords to get more eyeballs rolling on your video.

Paid advertising is also a considerable option on YouTube and Facebook, the cost of advertisements on these platforms are comparatively lower than the other blogging websites and with an assurance of higher reach.

If you manage to get good traction on your video in the initial few days, it’ll have enhanced long-term reachability and engagement. Micro video sharing websites are hot trending these days and are considerably used more in the western than eastern countries. These websites include Vine, Snapchat, Instagram and Dubsmash.

In today’s fast-paced world where the attention span of people has dramatically reduced, utilizing these popular channels can give a lot of visibility to your content. Because these services are built exclusively for smartphones, you might not find it useful if you’re targeting older demographic. You have to create more meaning in less span of time which in turn has higher impact.

Snapchat is another great product that can help promote your brand. Its biggest draw is its 100 million active daily users. Taco bell used it to promote the re-release of its Beefy Crunch Burrito. Huffington Post uses it for brand building. Live video can be a vital tool to build communities, encourage audience engagement and interact with its fans and followers. New announcements, founder interviews can be scheduled live to build up excitement among the audience about the product they are launching or some news about the Startup. Entertainment with information is the most promising mean of engaging customers in these times; the video which educate and entertains at the same time becomes a promotional video on a YouTube channel. You need to entertain and educate customers as well as sell the product at the same time. Audiences nowadays are more interested in user generated content (UGC) videos. They prefer to watch videos of their fellow users and peers and get more engaged in UGC videos.

AirBnB’s Vine campaign is a great example on how brands can use UGC. They crowd-sourced a whole bunch of Vines and created the first-ever short film made completely of Vines. Facebook video is vital in promoting and making your video reachable to the audience. This is not about sharing YouTube video on Facebook, but this is about uploading a video on your Facebook page video library.

Facebook’s newsfeed algorithm places a lot of weightage on videos now and when a video is uploaded natively, you have a much better chance of it being seen by your target audience.

Buzzfeed is a great example for brands on using Facebook video. It already runs four popular video brands on Facebook – BuzzFeed Video, BuzzFeed Food, Tasty (BuzzFeed) and BuzzFeed Life and is gunning to add some more to its fleet.