DSIM Startup of the Week “FabHotels”: 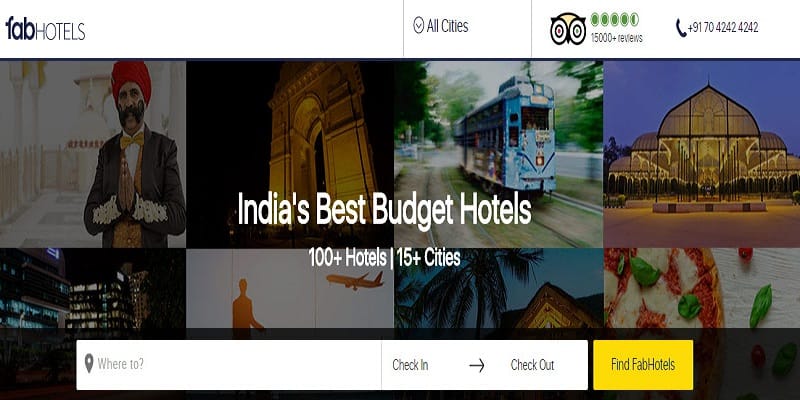 How FabHotels is doing in the budget hotel segment after Oyo Rooms already in the market?

With the merging of two budget hotel chains Zo Rooms & Oyo Rooms, many other startups has got the route to start their own way. And many have even started their journey by launching their company silently. One such is FabHotels started in 2014 by Vaibhav Aggarwal and Adarsh Manpuria. FabHotels earlier known as Casa2inns is a branded budget hotel aggregator wherein it partners with smaller hotels for providing standardized services to budget travelers. The founders, Aggarwal is an IIT-Guwahati alumnus, had worked with coupon aggregator GrabOn and other co-founder Adarsh Manpuria had earlier cofounded Fabfurnish.com.

Why we chose FabHotels as Startup of the Week?

Getting more incomes has made India travel like never before. And for this reason, the Indian Tourism industry is projected to reach $157 billion by 2024 which was just $80 billion in 2013. The Hotel players have recognized the upcoming trend in Indian culture and have started with newer offerings in the budget segment for the domestic traveler. According to Adarsh Manpuria, co-founder of Fab Hotels “The variation of service is higher in budget hotels. As a brand, you need to bring it down. But in aggregation, you have little control on these. As an aggregator, you don’t add much value. The interests of an aggregator having partial inventory in a hotel and the interests of the hotel owner are usually not aligned. There is disparity in pricing and there is some cannibalization of the overall business due to higher discounts by the aggregator”.

Thus they launched FabHotels to work on a 100% exclusive franchisee model and of the booking amount, 20% is of the monthly revenue is taken by FabHotels as franchisee fee. On an average, the room costs around INR 1800-2000 per night.

“What we are building is a pure tech-driven franchise model for budget hotels. Our model is not about taking partial inventory in a hotel and branding that as FabHotels,” said Aggarwal.

According to Aggarwal, FabHotels’ franchisee model gives it better control over two critical parameters—customer satisfaction and RevPAR (revenue per available room) than what OYO’s partial inventory model does.