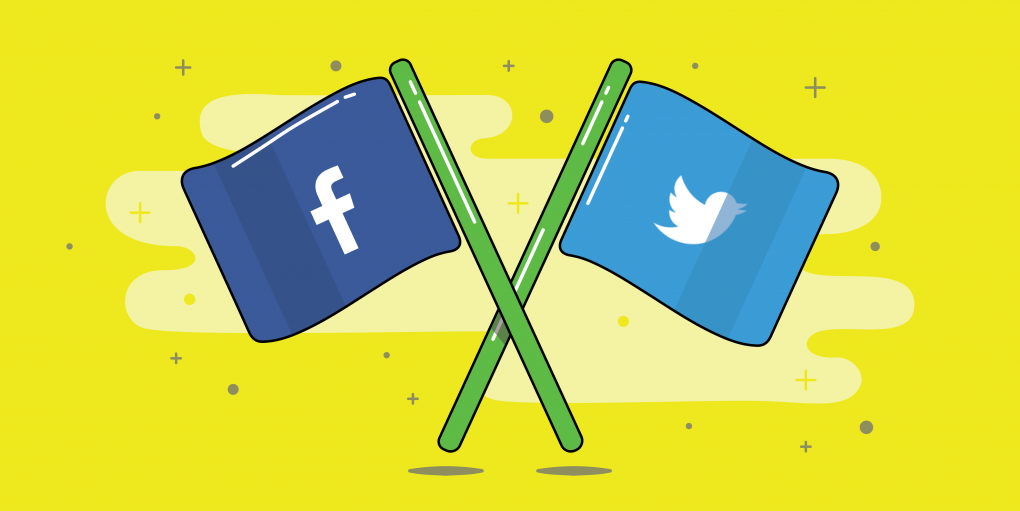 It’s a tough question, because, these are completely different, right?

Social media sites are adding and improving paid as platforms, advertisers get to choose where they want to advertise online.

This case study will help you to decide between Facebook vs.  Twitter, and which one you want to use?

First, let’s look at the stats:

Facebook advertising offers multiple benefits for you and your business. It is the most used marketing platform.

With 2.23 billion monthly active users worldwide, it has the potential for the most diverse audience.

This allows you to use targeting and re-targeting options, that’s mean your ads will be shown to defined and specific audience.

Facebook ads can be sets such as geographical locations, age range or interests, confirming your budget are well spent on the relevant following.

Twitter is one of the world’s most popular social media platforms with over 336 million monthly active users. Many businesses use Twitter to reach and connect with their customers.

Paid Ads on Twitter are called Sponsored Tweets and Promoted Products, which run on a cost per engagement base. Anything from a favorite/like, to a reply, to a retweet, or even just a click can be engagement.

Facebook has a larger audience when it comes to no. of users.

Facebook’s potential reach is incomparable, and you can also say for the actual reach for their ads.

Impressions are always more cost-effective on Facebook because you can target them.

The first reason for Twitter high CTR is that Twitter tends to have a lesser ad as compared to Facebook, making users click on the ones they do see. The second is how easily they’re united into popular topics and conversations streams on Twitter.

According to reports, every second, on average, around 6,000 tweets are tweeted on Twitter, which corresponds to over 350,000 tweets sent per minute, while Facebook has an average of 382,000 likes alone per minute.

Likes can be just as important and help increase your engagement and reach on Facebook, as well as connecting you with new audiences.

One of the most obvious benefits Facebook has over Twitter is that companies have more time to make an influence on their audience.

When it comes to off-site traffic referrals, Facebook has a strong lead.

Facebook has increased their mobile ads and making their site 100% mobile friendly.

Facebook earns 41% of total ad revenue from a mobile ad in contrast to Twitter who earns 50% of ad revenue.

Aside from unbelievable targeting features, Facebook marketers can also have other options:

Some of the unique features available include:

Facebook and Twitter offer their own ways to flourish marketing campaigns and one can never win the battle altogether.

Finally, it will be up to you to decide whether Facebook or Twitter is right for you, and your marketing campaigns.