[Case Study]- Lessons You Can Learn From Avengers: Infinity War

[Case Study]- Lessons you can learn from Avengers: Infinity War 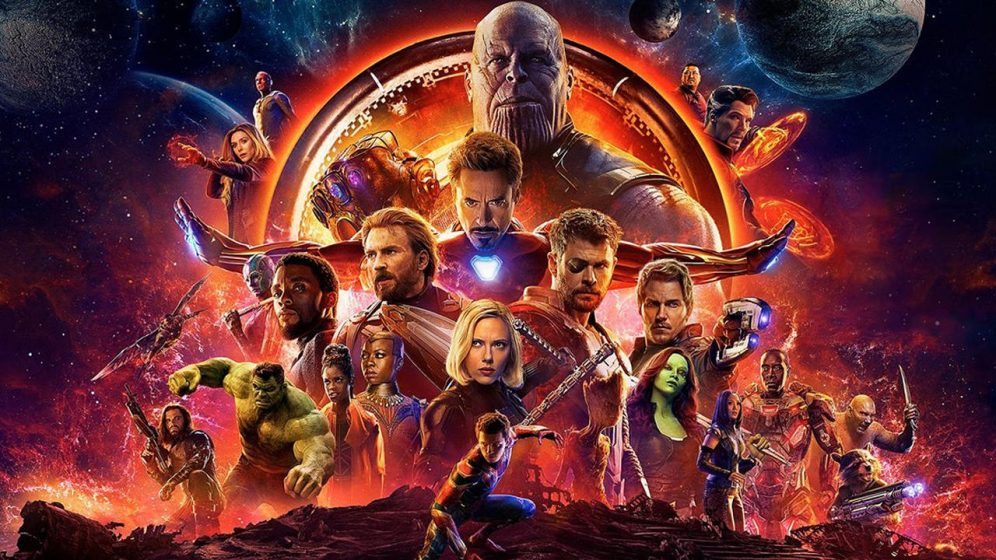 Marvel’s latest movie ‘Avengers: Infinity War’ got released recently and it nearly broke all the domestic and worldwide box office records and it doesn’t look to be slowing down anytime soon. The movie is undoubtedly one of the biggest movies ever to grace the silver screen.

This movie took almost a decade and nineteen Marvel films to build up the ultimate war between the gigantic ‘Thanos’ and the Avengers (team of 22 superheroes) who are joined forces by Thor, Guardians of the Galaxy, Black Panther and Spider-Man, has hit $1.2 billion worldwide in 13 days of release.

In this case study, you’ll see a closer look at the yearlong marketing salvo, excitement and strategy behind the film promoted as “The Most Ambitious Crossover Event in History.”

Marvel has developed an impressive all-inclusive approach to marketing. Marvel builds their brand through content marketing, continuously and constantly, building advocacy and with their audience.

To some people, superheroes are only for entertainment. But to others, they serve as great examples of Mental Strength, Leadership and Fitness.

Superhero movies have become a strength and cultural wonder over the last decade.

Avengers: Infinity War had put out a decent number of trailers and TV ads to promote their latest movie but they didn’t stop there.

Marvel had also released a large number of posters on social media promoted the 22 superheroes in Infinity War and other marketing strategies.

The universe has spoken. @Avengers: #InfinityWar is the #1 movie opening of all time. See it in theaters now: https://t.co/xQsJemiGws pic.twitter.com/z8KtrKF7FA

It’s all been leading to this. Go on a journey through 10 years of Marvel Studios on the road to @Avengers: #InfinityWar. Now playing in theaters: https://t.co/xQsJemiGws (4/4) pic.twitter.com/sHyPEH5yXy

Avengers: Infinity War’ is Marvel’s Biggest Promo Campaign Yet. With partners such as Coca-Cola, Quicken Loans, Duracell, Zomato and Infiniti; the movie is getting the biggest promo drive ever for a Marvel movie.

Several different partners will provide TV spots inspired by or featuring the film’s characters and themes.

“Some of these partners are new to the family and some have been friends of the studio for years. What they all share, though, is a commitment to innovate in their industries and excel at the way they craft their stories. We couldn’t be more excited about collaborating with them in preparation for this historic release.”-  Mindy Hamilton, Marvel’s SVP Global Partnerships & Marketing.

Quicken Loans’ Rocket Mortgage TV ad shows a unique side narrative during one of the opening battle scenes from the film, which will be enhanced by digital video, online ads, social support and more.

Stand Up to Cancer/American Airlines

To raise funds for cancer research, Stand Up to Cancer, American Airlines and Marvel Studios teamed up to create a new PSA presenting the Avengers, cancer researchers and AA team members who have personally fought cancer. Print, radio, TV spots and digital elements will support the campaign.

There’s a team-up with the Infiniti QX50, which also makes a role in the movie.

The battery manufacturer plays around in a new spot showing the super-heroic power of its product.

#3 Announcement of Release Date with the Twist

The company took their marketing efforts a step further by announcing the release of Avengers: Infinity War a week earlier than the scheduled date.

Instead of simply revealing it, Marvel through a humorous communication with famed Iron Man actor, Robert Downey Jr out the change of date.

“Do You Dare Remove Thanos?”

If you did then, you are the lucky ones who were rewarded with a free ticket to the most awaited movie of the decade.

Marvel’s poster campaign look like the golden tickets and generated enough excitement to work as an amazing publicity stunt.

These posters have a yellow border all over the place, and feature a picture of Thanos captioned “Do you dare remove Thanos?”

This is one of the most creative marketing tactics of current years to keep people thinking about the movie all time.

What can Marvel’s Superheroes Teach Marketers?

Who Is Iron Man?

Tony Stark, a rich American businessman and inventor, transforms into Iron Man with the help of suit of armor powered by artificial intelligence (AI).

What Can Iron Man Teach Marketers?

Marketers cannot reach optimal performance with brain power alone. But when associated with the right technology, marketing efforts can be maximized.

Who Is Captain America?

Steve Rogers became Captain America after being directed a shot by a U.S. Army military team during World War II. Captain America is getting into in patriotic American apparel. He uses an immortal shield as his protector and weapon.

What Can Captain America Teach Marketers?

Different audiences have different media usage habits. To target their potential customers excellently, marketers must understand the geographic, demographic and psychographic traits of their target audience. Marketers should embrace multiple channels to capture the attention of their targets.

Thor, God of Thunder and a self-proclaimed protector of Earth, is honorable and dependable. His powers such as abilities to change weather fly, come from his legendary weapon “Hammer- the Mjölnir”

What Can Thor Teach Marketers?

If you find a secret weapon, invest in it. If your objective is to procure clients and one channel is generating leads with the highest tendency to convert, scale that channel.

Who is Black Panther?

T’Challa is an African King pushed away in his country to astounding and advanced technologies kept safe and secret from the rest of the world. He is bequeathed the gift to become Black Panther, the keeper of his country.

What Can Black Panther Teach Marketers?

Sometimes to win, you need to think about more than yourself. Marketers are the champions and protectors of their brands. Without data, strategy, and planned tactics, marketing can become chaos.

Dr. Bruce Banner is a scientist and biological engineer who is best known for his transformation into Hulk, a huge green monster-like being with super strength.

What Can Hulk Teach Marketers?

Dr. Banner teaches precision and intellect lead to success or Hulk learns the hard way that chaos and force lead to destruction.

The Hulk style of marketing would be spending big bucks without a strategy. But successful marketing needs measurable objectives and targeted strategies like Dr. Banner.

Marvel’s movie is full of great marketing campaigns, and their content marketing strategy is always among the best.

Marvel’s teaches you 2 important lessons to improve any content marketing.

#1 Cater to Your Audience

Avengers: Infinity Wars have officially released 4 trailers in addition to a few limited release teasers. Now the days of one trailer are gone. Multiple executions of similar content, offered for each audience may appear inconsequential. But, the reward is worth it.

The lesson you can learn here is you would charm and incite interest in each separate audience. All see the same product but you can show up for different reasons.

Storytelling for Avengers: Infinity War brings us all the way back to the opening sequence with Nick Fury’s Avengers Initiative speech. There is a spark in the speech and its part of their complete story. Importantly, it’s the Avengers mission statement.

This speech delivers storytelling and achieves a few goals in content marketing:

Use videos, blogs, social media, and web pages to tell the story of your company, product and service. Make your consumer forget it’s about making money and deliver a story that serves their purpose.

2) Be Specific with Your Vision and Flexible

Whether it’s Apple, Facebook, Google, or any other successful company, it all starts with a vision before anything else.

Marvel knew for sure that the long-term goal was ‘Infinity War’. However, what Marvel didn’t know smaller details such as the best marketing channels, the exact order of movies and the exact characters that would be involved in the movie.

In business, we don’t know the marketing strategies and other “how-to’s” at the beginning. Because what you may have thought and after some time in the real world, you discovered that scaling services is a much more resourceful and effective way to get to desire result.

Whether in business or in life, once you figure out where you want to go, it’s important to start despite not knowing all the “how-to’s”. And, set yourself in a specific way of reaching your vision.

3) Be Patient and Dedicated

Building a million-dollar business requires patience along with needing that you are deliberate with your day-to-day actions.

To build your business will need you to recognize a set of principles to guide you along the journey.

Whether you’re breaking the record for the number of views, crossing the million dollar spot, it all starts with a vision that is breaking down into executable small daily tasks which multiple into immense accomplishments.

For a business, you need to determine your brand assets, be clear on how your business should look and feel, and confirm reliability across your portfolio to create brand identity, recognition and advocacy.

The Avengers: Infinity War is a marketing triumph. You need an intelligent marketing strategy, with good assets and good routines each day to dominate your sector.

“A brand is the set of expectations, memories, stories and relationships that, taken together, account for a consumer’s decision to choose one product or service over another.”- Seth Godin